Bus Wraps, Their History, and Why They’re the Best Advertisements

A bus wrap is a large vinyl design that covers either part of a bus or an entire bus. These mobile billboards are often used as advertisements to promote specials or increase brand awareness; but, unlike billboards or other forms of outdoor advertisements, wrapped buses are easy to move and offer more reach opportunities at a low cost.

Whether they’re placed on public city buses, private coaches, or even tour buses, wrapping is one of the best and least-expensive ways to advertise. Keep reading to learn more about how bus wraps are made and what makes them so great! 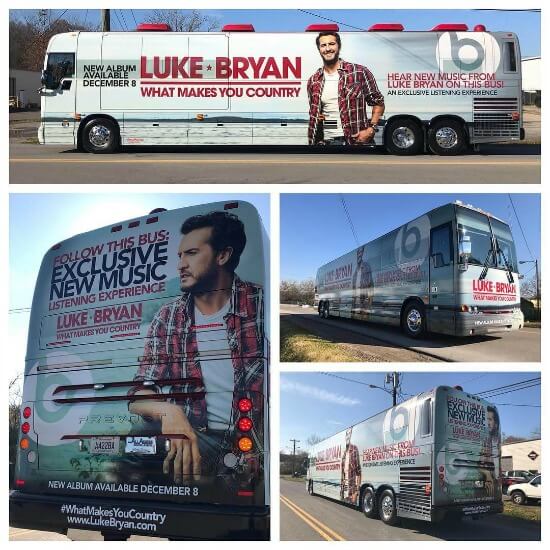 A Brief History of Vehicle Wraps

The idea of using vehicles as advertisements dates back to the early 20th century. Public buses, at the time, often displayed ad banners, but the idea of wrapping an entire vehicle with an advertisement started with Milton Hershey, who was painting his famous “Hershey” logo onto cars as early as 1900. The idea caught on, and multiple other companies were soon painting their own cars, buses, and even planes to aid in outdoor advertising. 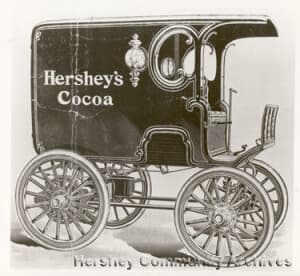 Paint was susceptible to chipping, however, making the invention of vinyl in the late 1920s a huge stepping stone towards modern vehicle wrapping. Vinyl offered more durable and flexible designs, but with the increase in quality came an increase in cost. For decades, only large companies were able to afford vinyl wrapping.

It wasn’t until the 1980s that vinyl became affordable and small companies could reap the benefits of advertising on the road. Throughout the 1990s and early 21st century, technological advances made vinyl vehicle wraps larger, prettier, and more affordable. Today, printing machines are capable of producing high-resolution images as wide as 6 feet and as long as 150 feet.

How are vinyl wraps made?

All wraps start with a design idea. A client will work with a graphic designer who specializes in working with vinyl to establish their expectations and discuss ideas and branding guidelines. The graphic designer must ensure that the 2D design plan will translate to the vehicle’s 3D bumps, curves, and grooves once it’s applied.

After the client approves the designer’s proof, the designer consults with the manufacturer to split the design into panels that will be applied to the vehicle one at a time. Ideally, these panels will create a seamless picture on the vehicle. 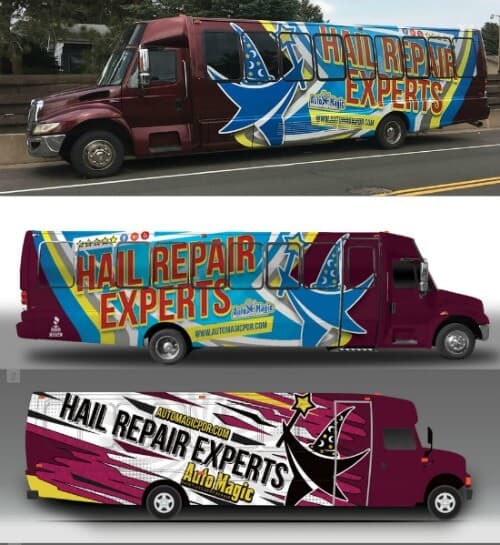 A bus wrap’s progression, from the initial design to the finished product. Installed by Auto Magic PDR.

Once the design has been printed, the vehicle must be prepped before the vinyl can be applied. Vehicles are sent through a car wash and cleaned with isopropyl alcohol before being moved to a climate-controlled environment for installation. Dust, dirt, grease, and even temperature changes can all keep the vinyl from being applied smoothly.

Installation typically takes about two days. After the vinyl is installed, it’s best to let the vehicle sit for a day to allow it to cure. Once the process is complete, the vehicle is ready to go.

Watch the installation process take place with this time lapse from the Sign Pad:

How do vehicle wraps compare to other forms of advertising?

Vehicle wraps, often applied to large, attention-grabbing vehicles such as tractor trailers or buses, are most similar to billboards. We’re used to seeing these oversized advertisements along highways and sometimes across major cities, but when was the last time a billboard ad made a lasting impression on you?

Since you’re likely to be busy driving when you pass one, billboard ads only serve to increase brand awareness. Still, it’s estimated that passers-by spend only about six seconds looking at a billboard, if that. If you pass a particular billboard every day on your commute to work, you’re not likely to pay much attention to it once you’ve passed it hundreds of times. Not to mention, some states, such as Maine and Vermont, are now billboard-free, with many others placing regulations on where billboards may be placed and how large they can be. 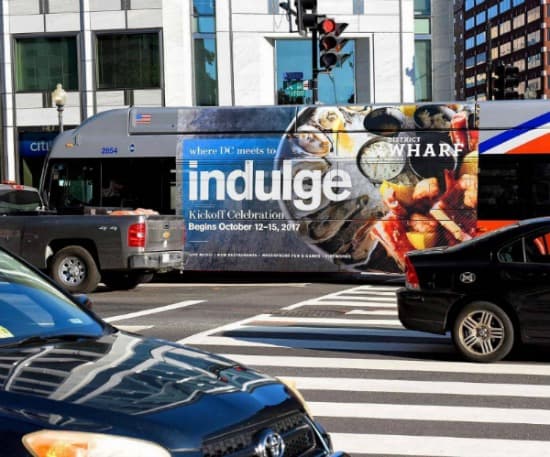 A wrapped bus is essentially a mobile billboard, but its ability to drive into any area greatly increases your opportunities for engagement. Potential customers won’t simply cruise past your advertisement; an unexpected wrapped bus will attract more attention than a billboard even on a busy street.

Other forms of advertising such as magazine, newspaper, or radio ads only reach a very limited market. A bus, on the other hand, can drive directly to its market while passing by other potential customers your business may not have considered. Even after driving hours, leaving a bus parked near a busy area allows for more reach opportunities.

How much does a bus wrap cost?

The final cost of a bus wrap comes down to just a few dollars per day. Up front, a wrap can cost between $8000 and $12500, but they can last for up to 6 years with minimal upkeep.

A bus wrap can generate anywhere between 30,000 and 70,000 impressions per day. Whether it’s drivers, passengers, or pedestrians, an estimated 95% of Americans are reached by targeted vehicle ads.

Consider this comparison of cost per thousand impressions for these various types of ads, according to ATA Outdoor Advertising: 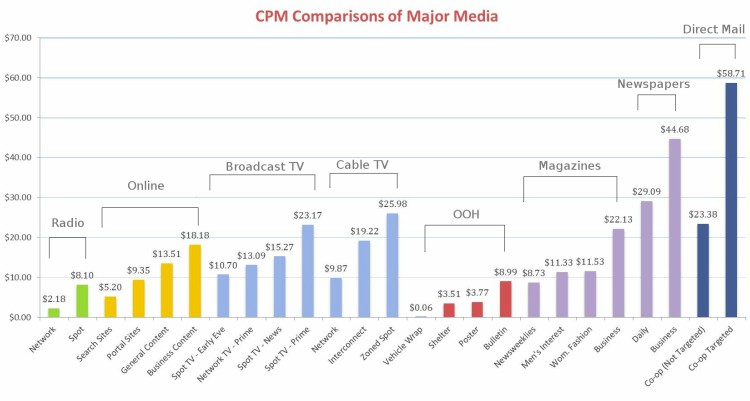 How does the ROI of bus wraps compare to other forms of advertising?

Due to the variation in types of companies and their locations, it’s difficult to determine the exact ROI any given company can expect from a wrapped bus. Companies are encouraged to closely monitor their sales volume to determine if more wrapped buses will be the best advertising option.

Consider also that you can control how many people see your wrap in a day. Leaving the vehicle parked generates some passive views, but you have the power to drive the bus directly to your market. Bus wraps are a unique form of advertising that put more control in the hands of the company who is advertising their own service.

Where can I find someone to wrap my bus?

Printing and producing high-quality bus wraps requires experience, skill, and the right tools. Make sure you’re choosing a reputable company to handle your bus wrap, such as Absolute Perfection in Maryland, Washington DC, and Virginia or ATA Outdoor Media in Maine, Vermont, New Hampshire, and Massachusetts.

Need a temporary bus to wrap?

Whether you’re advertising your sports team, your school, or your company, GOGO Charters can find the perfect vehicle for you.

Once you’ve secured a wrapping company, we’ll be here to secure your vehicle. Read our guide to choosing the best bus type for your group or call our reservation specialists at 1-855-826-6770. We’re available 24/7 and always happy to provide you with a free, personalized quote! Call us today to get started.