The Most Environmentally Friendly Forms of Group Transportation

As people become more aware of the impact of carbon dioxide emissions on the environment, many groups want to know which method of traveling around the U.S. is most environmentally friendly. Unfortunately, there’s no easy answer: it depends on how many people you’re traveling with, how far you’re going, and what part of the country you’re in. In general, though, the following principles hold true: a full plane, car, train, or bus will always be better than a half-empty one, buses and trains are cleaner options than cars or planes, and electric-powered cars and buses are greener than diesel vehicles.

GOGO Charters has put together this blog to explain why group size matters, how buses and trains protect the environment, and why we should look forward to a future of electric buses. And if you decide a charter bus rental is the right option for your next group trip, just give us a call at 1-855-826-6770. We can help you find a bus that’s the perfect size and type for your group. 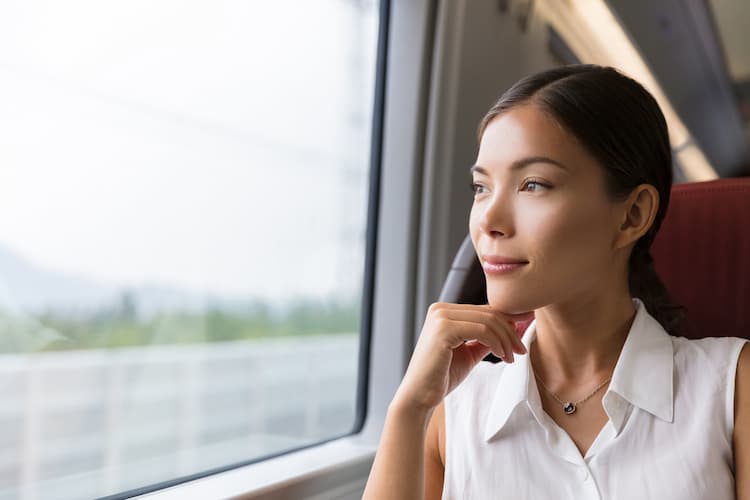 Why It’s Better to Travel Green

Fuel exhaust isn’t just bad for the earth, either. The Environmental Protection Agency notes that particulate matter from fuel exhaust can enter the lungs and heart, causing “aggravated asthma and decreased lung function.” The International Agency for Research on Cancer states that diesel exhaust is carcinogenic, and the American Lung Association conducted a study showing that gasoline-powered vehicles create about $11.82 of health costs for every gallon.

If you want to reduce damage to the environment and your health, you’ll need to think about which methods of transportation produce the least emissions per person. 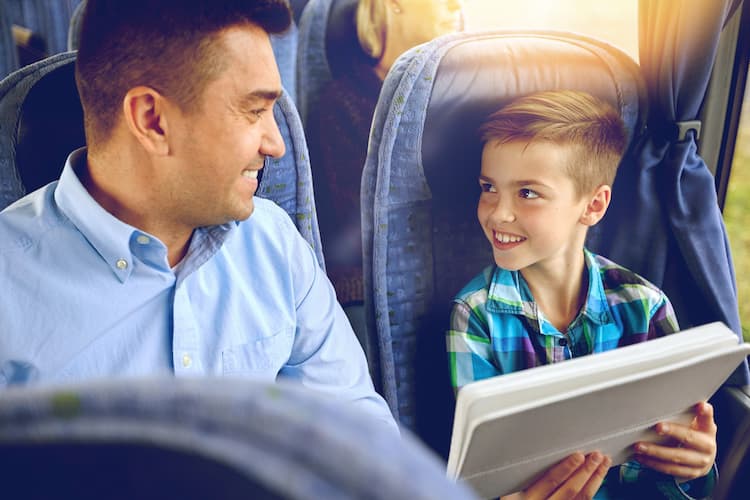 For example, the Treehugger blog turned to the National Geographic Green Guide to decide whether driving or flying across the U.S. would be better. If you plan to drive solo, you’ll produce double the emissions that you would by being one person on a full economy flight. Although the plane produces more emissions in total than the car, those emissions are divided among far more people.

If the plane isn’t full, though, or if your car has three or four people in it, the calculations change. The same principle applies to trains and buses—whether the vehicle is full makes a big difference in which method of transportation is greener. 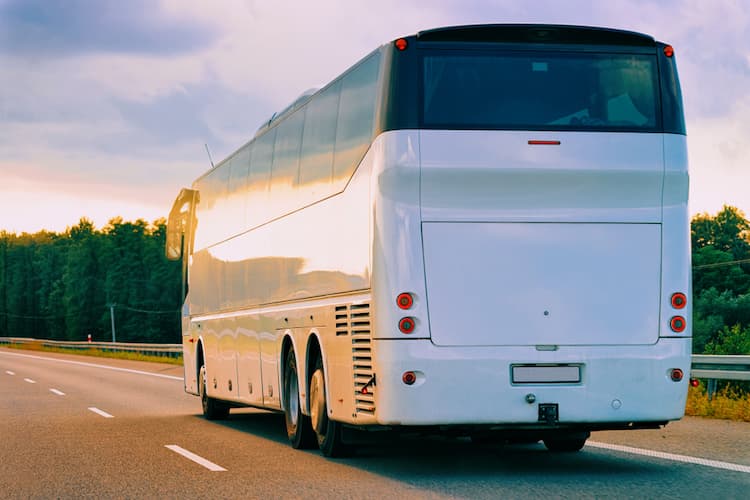 And then there are high-altitude emissions. Some scientists argue that, because planes produce emissions at higher altitudes, their emission count should be increased to account for the extra damage they can do to the atmosphere. Others argue that carbon dioxide emissions close to the ground don’t do as much damage immediately but do just as much or more in the long term.

So How Do You Decide?

Don’t panic if this sounds like a lot of information. The BBC has produced an easy-to-follow chart that shows how many emissions different methods of transportation produce per passenger, per kilometer. Although these calculations are mainly based on people traveling in Europe, they provide a great starting point for figuring out what method of transportation is best. 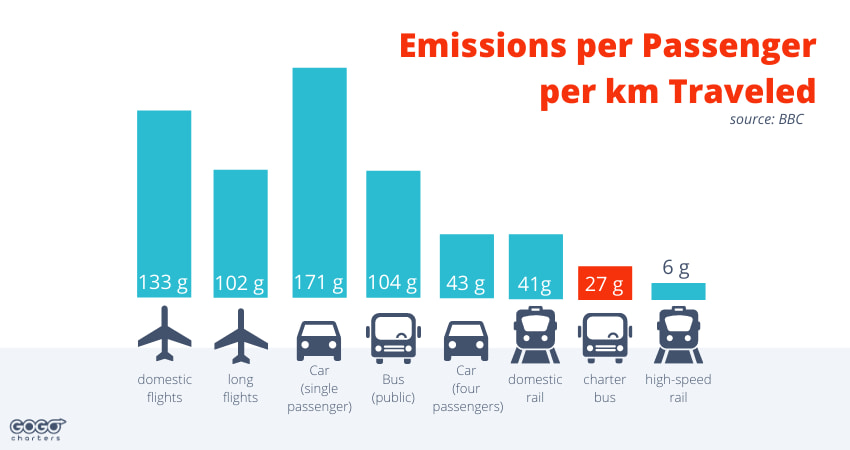 Emissions Per Passenger Per Km Traveled

Based on this chart, you can see that the most environmentally friendly method of transportation is high-speed rail. Unfortunately, this method of transportation is far less common in the U.S. than it is in Europe. High-speed rail is a great option if you have access to it, but if you don’t, you may want to try the second most environmentally-friendly option: a charter bus. 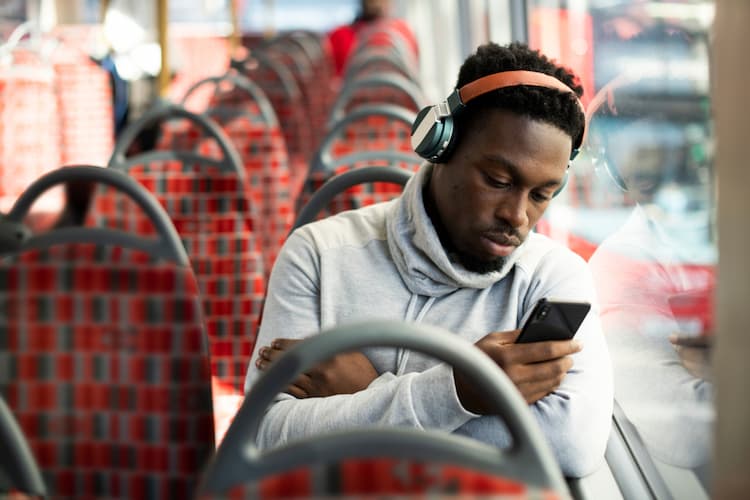 Charter buses’ efficiency is based largely on how many people they can carry, so it’s important to select a bus that’s the right size for your group. If you only have two dozen people, it’s better to opt for a compact minibus. And if you need to book a 56-person bus, you should make sure the bus is full or almost full to achieve the greenest possible trip.

It’s also better to ride on a newer bus than an older one. You may not have complete control over this, but it’s worth mentioning that you’d prefer a new bus when you make your reservation. Newer, well-maintained buses produce fewer and less dangerous emissions than older ones.

Of course, the greenest buses of all are electric buses. Although they aren’t commonplace yet, bus companies are beginning to embrace electric buses as they become less expensive and more widely available. You may not be able to request one for a trip taking place right now, but you can let National Charter Bus know if an electric bus is something you’re interested in for future trips.

Electric Buses and the Future

Once electric charter buses become common, they will easily be one of the most energy-efficient modes of transportation in the U.S. An electric bus can emit 4-6 times fewer greenhouse gases than a gasoline-powered bus and only uses 20% of the raw energy that a gas bus does.

Environmental friendliness isn’t the only advantage of electric buses. They can also be more comfortable for drivers, since the lack of a roaring engine makes them very quiet. And electric buses are easy to maintain because they don’t require gas or oil changes. They also don’t have an exhaust system, and their braking systems last longer. In fact, over its lifetime (generally about 12 years), an electric bus can cost $400,000 less in fuel and $125,000 less in maintenance than a diesel bus, according to bus manufacturer New Flyer.

So why hasn’t every bus company switched to electric buses? One reason is the initial cost. Although electric buses can save companies money in the long term, they cost $200,000-$250,000 more than diesel buses upfront. Another reason is range anxiety, the fear that an electric vehicle will run out of power without a charging station available. 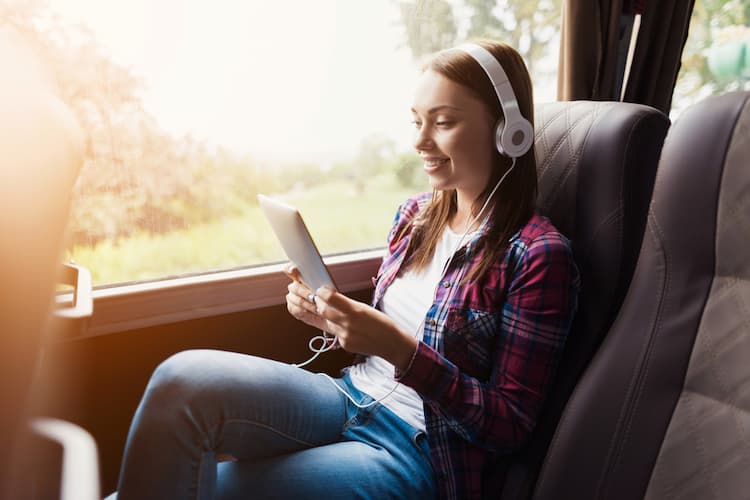 Both these problems will likely be solved in the next few years. Manufacturers are constantly striving to make electric buses with a longer range that cost less, and electric charging stations are becoming more widespread. Electric buses may soon be as common as diesel buses are now, and they’ll offer a great green alternative for group transportation.

If saving the environment is a priority for your group, you’ll want to see if high-speed trains are available in the areas you’re visiting. If not, a well-maintained charter bus that’s filled with people will likely be your best option—and it’ll become an even better option once the bus can be electric.

GOGO Charters is happy to help you find the newest buses to keep your trip green. Just call us at 1-855-826-6770, and we’ll book you an environmentally friendly coach that meets your group’s needs.